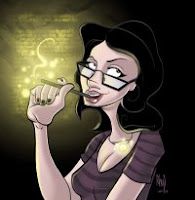 When she's not submerged in the worlds she creates, Lexxie's life revolves around her family, a husband who thinks she's insane, a pony-sized mutt who thinks he's a lapdog, two yabbies hell-bent on destroying their tank and her daughters, who both utterly captured her heart and changed her life forever.

Fire Mate, Book One
Life isn't easy for a modern-day dragon shifter. Unlike those wuss werewolves, dragons can't just shift and go for a run through the nearest forest. They can't go flying on a whim. Forget about scared villagers slinging arrows; these days it's Neighborhood Watch zealots with AK-47s. Then there's the whole sex issue. Try telling the little cutie at the local Starbucks that a soul-shattering orgasm might end in bed flambé.

No, being a dragon shifter kinda sucks. And for Tyson, it's even worse - because he's suddenly in heat. Bad news for the stranger he spies running along Bondi Beach. Ty instantly recognizes Sera as his mate. Now he has to convince her, while also dodging the psychopathic dragon hunter on his tail. Scorching sexual persuasion should do the trick. Hopefully. Because if Ty doesn't join with his Fire Mate before his heat cycle finishes, bad things will happen. Lots of bad things.

BUY THE eBOOK *** BUY IN KINDLE *** READ THE EXCERPT
Posted by AuthorIsland.com at 10:00 AM No comments: